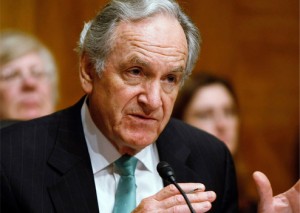 Chris Johnson of the Washington Blade reports that Sen. Tom Harkin, the Chairman of the Senate Labor Committee, said: “I would strongly support an executive order from President Obama that makes clear government contractors cannot discriminate based on sexual orientation and gender identity, just as President Roosevelt did seventy years ago when he made clear discrimination based on race, color, creed or national origin was impermissible. Every American deserves equal treatment on the job, period.”

The Blade’s coverage quoted Tico Almeida of Freedom to Work, who noted: “Once the executive order is in place, it will be enforced by Labor Secretary Hilda Solis, who is committed to LGBT civil rights and has placed a strong priority on enforcing workplace protections.”

If you enjoyed this article, please consider sharing it!